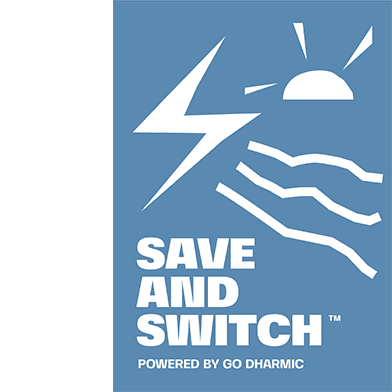 Our campaign ‘Save and Switch’ aims to spread awareness regarding the importance of saving energy and switching to renewable sources of energy.

Please email us on info@godharmic.com
if you would like to volunteer for this cause.

Thank you for choosing to Switch And Save

Roughly 50 devices and appliances in the typical American household are always drawing power, even when they appear to be off, estimates Alan Meier, a senior scientist at the Department of Energy’s Berkeley Lab.

More than often, we tend to neglect and leave lights and switches on when not in use. This negligence results in the over-consumption of electricity which contributes significantly to carbon emissions that harm the environment.

About a quarter of all residential energy consumption is used on devices in idle power mode, according to a study of Northern California by the Natural Resources Defense Council. This means that devices that are “off” or in standby or sleep mode can use up to the equivalent of 50 large power plants’ worth of electricity and cost more than $19 billion in electricity bills every year.

The environmental cost this takes is – overall electricity production represents about 37 percent of all carbon dioxide emissions in the United States, one of the main contributors to climate change.

There are various factors that affect energy consumption. Some of these are:

Electric power lines and other distribution infrastructure also have a footprint!

Electricity transmission lines and the distribution infrastructure that carries electricity from power plants to customers also have environmental effects. Most transmission lines are above ground on large towers. The towers and power lines alter the visual landscape, especially when they pass through undeveloped areas. Vegetation near power lines may be disturbed and may have to be continually managed to keep it away from the power lines. These activities can affect native plant populations and wildlife. Power lines can be placed underground, but it is a more expensive option and usually not done outside of urban areas.

We can opt for options which are environment friendly. When we consume less electricity, we reduce polluting carbon emissions that is caused because of the release of toxic fuels burnt due to electricity generation.

A simple change in our behaviour can help us save the environment. These changes are simple as:

FACTS
–Reducing your PC monitor brightness from 100% to 70% can save up to 20% of the energy the monitor uses. (Harvard)

-Mobile phone chargers, laptop docking stations and some desktop printers use energy regardless of whether they are charging or not because the voltage transformers on the plug consume energy. This is known as electrical leakage.

-A 15-second lift journey consumes as much energy as a 60W light bulb does in an hour states Cambridge University.

–If you ensure that just 4 lights around your workspace are switched off every night, each year you could:


-According to Energy Saving Trust, turning off unneeded lights could remove 171 kg (376 lb) of CO2 emissions per year.

-A single light left on overnight over a year accounts for as much greenhouse gas as a car drive from Cambridge to Paris. – University of Cambridge

–Nearly 50% of the CO2 emissions produced by the UK come from heating and cooling in buildings. – States Carbon Trust